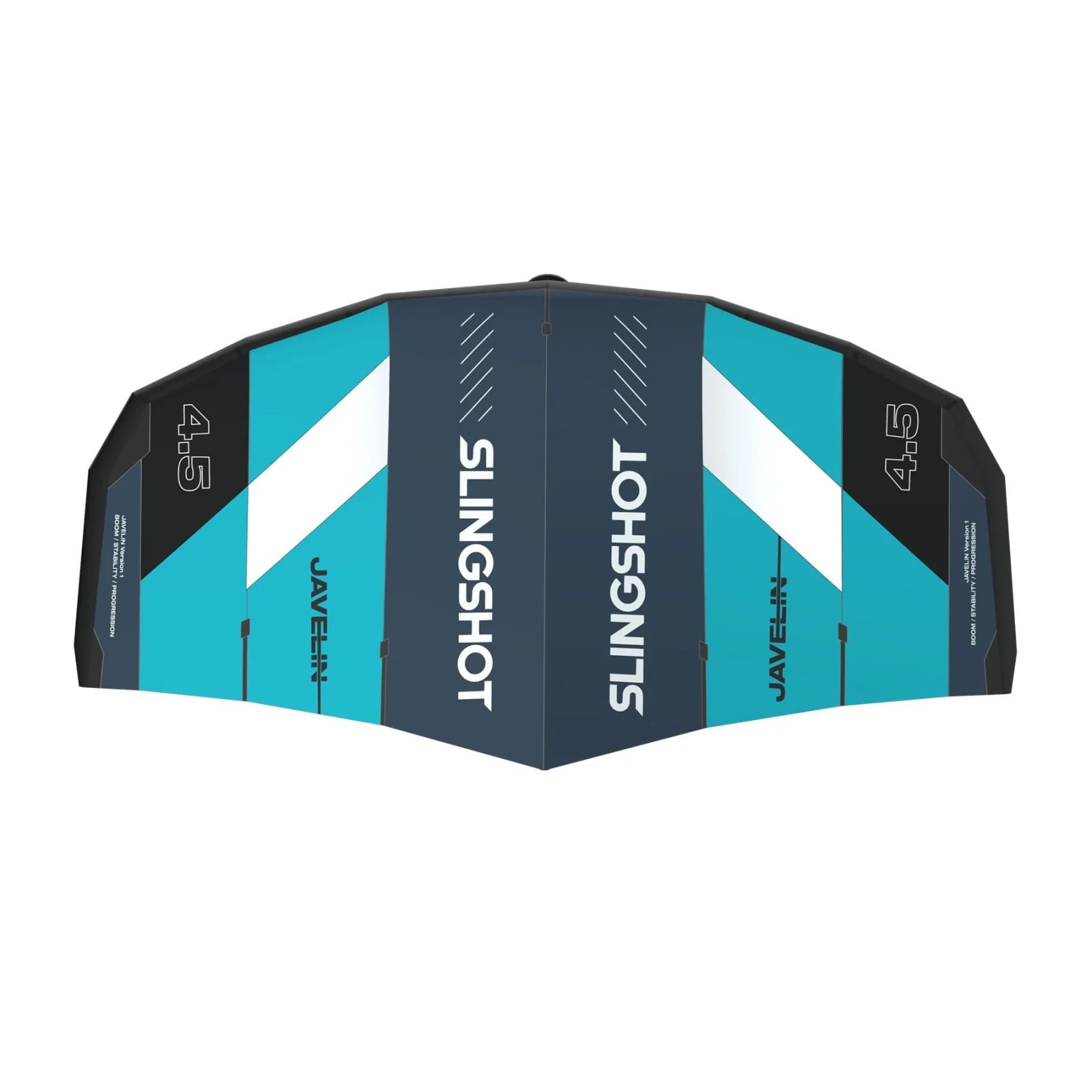 
The Slingshot Javelin boom wing delivers a stunning level of power and control with simple and secure push pin boom connectivity. Featuring an ultra-compact wingspan and on-the-fly power tuning using the canopy tensioning strap to flatten or expand the wings profile. Whether you are cruising one-handed with style, riding backwinded or trying to keep the wingtips out of the water, the advantage is clear. In this version, you also get a window in the canopy for improved visibility when winging in crowded areas.

Beginners and advanced riders alike will benefit from the increased control provided by the Javelin's stiff, locked-in boom and ultra-compact wingspan. Whether you are cruising one-handed with style, riding backwinded or trying to keep the wingtips out of the water, the advantage of a boom is clear. The Javelin is also the first-ever wing with on-the-fly power tuning thanks to its Canopy Tensioning Strap that regulates the power by flattening or expanding the wing's profile. The two-piece Javelin boom** fits wing sizes from 2.5m to 7.5m and breaks down for travel with two simple push pins.

Why You'll Love It